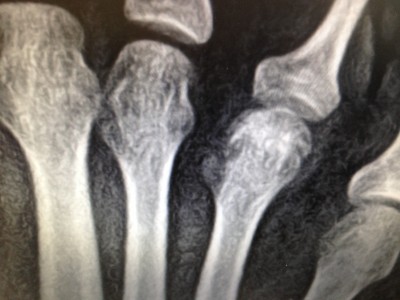 Two days before Christmas, I found out I have a stress fracture and needed to wear a walking boot for three weeks. I had broken my foot in a pretty bad spot — the doctor said that if it doesn’t heal with the boot, then surgery is the next step. Yikes – that got my attention! In one appointment, I felt like my life as I know it had changed.

If you’re like me, coping with a disruption in your routine can be tough, especially if your schedule is what keeps you sane. I immediately called and vented the news to my friend, who calmly replied: “It’s not the situation that’s causing your unhappiness; it’s how you chose to respond to all of this.” 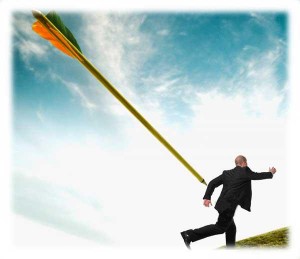 My friend’s timely advice reminds me of Buddha’s classic metaphor of the two arrows. The first arrow symbolizes the actual event that hurts us. We get hit by the first arrow just by being human, whether it’s from a difficult conversation with a loved one, getting into a car wreck, or a situation not working out the way you hoped, for example. The first arrow is unavoidable. Then, we hit ourselves with the second arrow. Ouch! This arrow is your emotional response to the first arrow. How we interpret the event and react to it can lead to more suffering. Buddhists believe the way to happiness is by learning to respond to the first arrow (the hurtful event) by not clinging to anger, blame, worry, or other uncomfortable feelings (the second arrow). 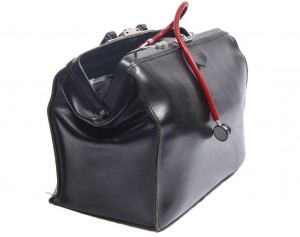 (PTSD) is what Western Psychology calls re-living the stress of something traumatic that happened in the past (sort of like the second arrow). PTSD can be as disruptive as experiencing nightmares and flashbacks about war, or as relatively minor as being nervous when your boss walks in the room because he sometimes yells at you. When going over and over in my head the events that led to my injury, I continue to feel upset about my foot.

Somatic Experiencing (SE) is a type of therapy used to treat symptoms of PTSD and trauma-related problems by bring awareness to the body. SE works from the theory that trauma is maintained in the nervous system and not in the event, or the story, of what happened. With this way of looking at my experience, an SE therapist would help me release the trauma that is stuck in my body.

As I am reminded that suffering is an inside job, I’m taking it one day at a time and trying not to be so hard on myself. It’s my reaction to life’s twists that really matters — how I process the event, and the perspective I take. Of course, I still have to take it easy so that the broken bone in my foot can heal, but that’s the easy part.

When I’ve found my thoughts consumed with frustration, regret, or anger about my foot, it’s helped me to consider different perspectives. Buddhism tells me to release my suffering and avoid firing the second arrow at myself. Psychology tells me to use any of a number of approaches to reduce the emotional charge of my memory of the event, and avoid reliving it. SE tells me to become aware of emotional and physical tension left over from a traumatic event, and to release it. These parallels and similarities give me both a more varied set of tools, and the confidence that they will be effective.